‘A Chinese in the AVG’

Synopsis:
The story of an 18 year old Chinese immigrant who was sent to America in 1935, leaving his 17 year old bride back home in China.  Within six years he qualified to be an original member of the American Volunteer Group.  He would return to China to serve with the Flying Tigers for the entire War.  Returning with him were eight other Chinese Americans as part of the original AVG.  Upon settling in Kunming, two other Chinese Americans were added to the AVG; a total of 11 Chinese Americans.  Their story has now been published, based on Pak On Lee’s collection of photographs and documents.  In writing Pak’s biography, Kee J. Pon was interviewed to provide first-hand accounts of the Chinese of the AVG and Pak’s wife’s presence with him on the battlefield.  She stayed with him as he served with the China Air Task Force and the USA Fourteenth Air Force.  They survived the War as a family of four to return to America.  Sadly, it appears all the Chinese AVG have passed; but Pak’s wife survives.
Price: $29.50
Available through:  avglegacy@juno.com
Copyright 2013 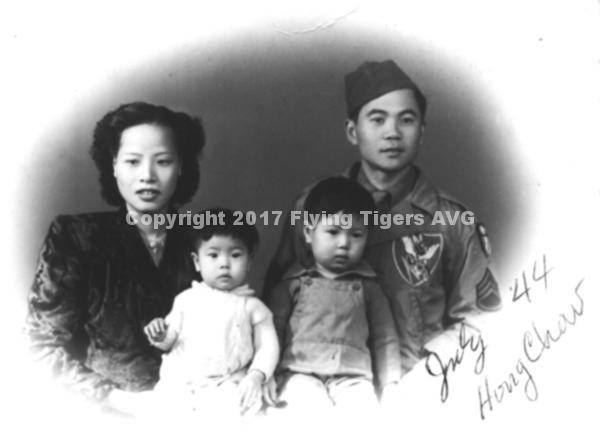